Russia has lifted the ban on transit traffic for a range of products that were previously sanctioned. This includes agricultural products and foodstuffs. The measure is effective per 1 July, subjective to certain conditions. This was reported by the Ministry of Transport of the Russian Federation with reference to Presidential Decree N 290 of June 24, 2019.

The decision is considered a major breakthrough for Eurasian rail freight traffic. The transit of the products described was banned since August 2014 when originating from Europe, Norway, the US, Canada or Australia. The ban has had great impact on rail freight traffic between Europe and Asia, as Russia is one of the main transit countries on the New Silk Road. Until now, agricultural products, raw materials and foodstuffs could only be transported to China via routes bypassing Russia, resulting in much longer transit times.

It is important to note that the decree refers to rail and truck transport that enters the Russian territory in transit, on the way to a third country. Thus, the import ban is still in place for products of the type described when destined for the Russian market. With this distinction, the Russian government seems to respond to the growing demand of Eurasian transport services across its country. According to the Russian ministry, the new rules will allow for a volume increase by 82 thousand international transportations per year.

In addition, the decree sets the condition that trains as well as trucks should be traceable during the entire journey across the country. A control system involving the use of identification tools must be in place. The text is quite specific about these tools, mentioning they must be based on the global navigation satellite technology GLONASS. The cargo must be electronically sealed during the entire journey.

Noteworthy is the addition that the lift of restriction also applies to cargo originating from or transiting through Ukraine, as long as all the conditions described are met.

Although the rules have been in effect for more than a week, the response from the market has been hesitant. There is still a lot of confusion among companies as to how the conditions should be met. Some companies explained that they are currently investigating the situation, before taking action. Others are not sure of this is actually taking place, because there is little confirmation from the official authorities.

Quite the opposite is true for the transport of fresh salmon from Norway to China. As soon as this fall, the first container train with salmon from Narvik in northern Norway may take off, traveling through Sweden, Finland and then Russia, on its way to China. “This is a huge opportunity which we have all been waiting for. Now it is allowed to transport fish through Russia, this will reduce transport costs with around 80 per cent. Currently salmon is exported by airplane”, said Micael Blomster who is involved with the project.

Apart from fish, there are many food products in demand on the Chinese market. China lacks meat products as beef and pork, as well as wine and beers, dairy, or other food products. Flowers from the Netherlands are another popular import product, all of which were banned for transit through Russia.

Until now, European shippers exporting such products have been looking for alternative routes, such as through Ukraine or via the Middle Corridor. The latter is a multimodal route, with trains running through Turkey to Azerbaijan. Here, cargo is transshipped onto vessels to cross the Caspian sea towards Kazakhstan. From there the train journey continues. Although sanctioned products could be transported in this way, the transit time would increase considerably, leading many companies to avoid this route.

RailFreight.com is organising a free webinar on 19 July. Here we discuss the consequences of these developments. Sebastian Bennink, sanction lawyer at Wladimiroff Lawyers will be present together with other parties involved. Here you can subscribe for this webinar. 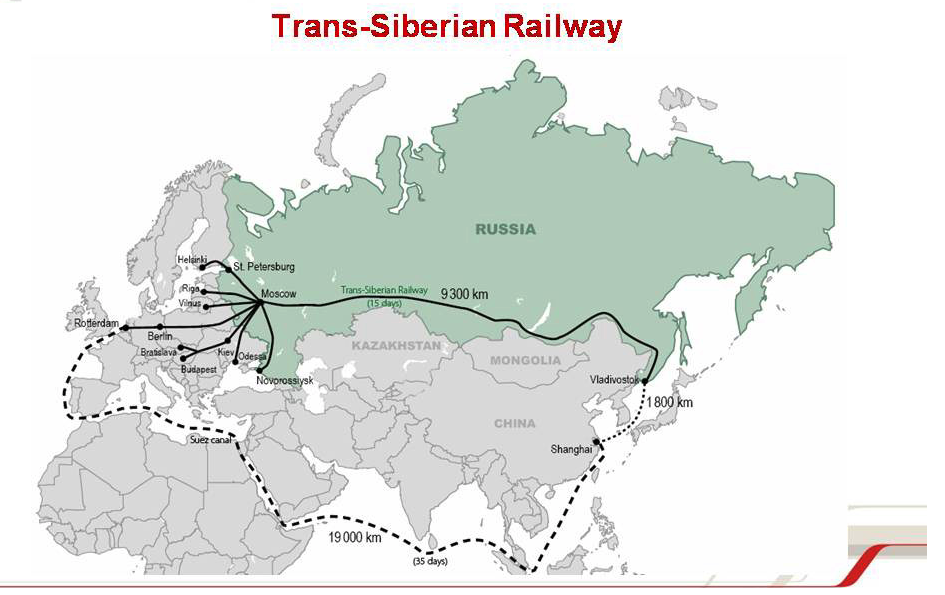